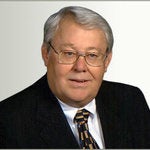 So, Who is this "Elmer" fellow anyway? Why should it matter to me? Either he can help me solve my problem or he can't. (Heck, he may not even now how and wouldn't tell me either way.) Talk is cheap and most lawyers can certainly "talk the talk." How can I possible find out if he can really "walk the walk?" All that biographical stuff doesn't mean that much to me anyway and he should know that. How can I tell if he really gives a hoot about me or my loved one?

Ok, let's see how this sits with you:

Elmer H. Young is a 1975 graduate of John Marshall Law School. He completed his undergraduate studies at the University of Georgia, Georgia State University and Columbus State University. So big deal, He went to law school and passed the bar exam. Every lawyer does that. But Elmer didn't stop there... He is also a 2012 graduate of the Mastery Insight Institute. This Neuro-Linguistic Programing training prepares his powers of persuasion perfectly to be able to influence jurors. His trial practice is enhanced by continued legal education at the state and national level.He loves his work and his attitude shows it. Enthusiasm and commitment mark this lawyer's work. He is defined by his commitment to his client's freedom, ask anyone who knows his work.

Elmer Young is committed to continuing his forensic education and that knowledge has prompted him to focus his law practice on the higher-level forensics of sexual Assault- related legal matters and has spent thousands of dollars and countless hours attending National Association of Criminal Defense Lawyers Sexual Assault Seminars. By attending these elite conferences, he has gained invaluable specialized knowledge required to represent clients charged with sex crimes. See a list here of seminars attended just within the past few years.

Young has frequently lectured and advise other young lawyers on legal subjects, particularly Georgia sex crime laws. He has received specialized training in Drug-Recognition Expert protocols and has been approved as a National Highway Traffic Safety Administration Instructor of Standardized Field Sobriety Testing.

Attorney Young is also a graduate of the numerous advanced drunk driving law courses including, “Mastering Scientific Evidence in DUI/DWI Cases” and has been a guest speaker at the Defense of Drinking Drivers seminar sponsored by the Institute of Continuing Legal Education. As a prominent DUI defense lawyer, Mr. Young is an active member of the National College for DUI Defense. He was recognized by his mentors and peers in 2002, by being awarded “Most Amazing Jury Verdict.”

His law practice is substantially dedicated to criminal defense with a strong emphasis on forensic-related criminal charges like Sex Crimes, Child Abuse, Drug-related cases, DUI and other serious criminal cases.Mr. Young also handles other criminal matters earning a reputation among the bar and bench for conscientiously and aggressively representing his client's interests. Many of non-DUI criminal cases are drug-related cases. Whether you've had a DUI arrest or another criminal issue, Mr. Young is the attorney to call in Augusta, Savannah and surrounding areas.

So how much do I care? it's easy to locate the lawyers and judges I have dealt with in my 45 years at the bar. "I HAVE NEVER CAVED-IN ON A CLIENT. YOU CAN RELY ON ME TO DO EXACTLY AS WE AGREED. I FIGHT EVERY CASE LIKE IT'S MY ONLY CASE. I UNDERSTAND HOW IMPORTANT YOUR CASE IS TO YOU, SO REST ASSURED I'LL DO MY VERY BEST. IF YOU JUST HAVE TO WIN YOUR CASE IN THE AREAS I SERVE, I'M THE LAWYER FOR YOU.”

Attorney Young's reputation in the Georgia legal community never goes unnoticed. Recognized as one of the Top 100 Trial Lawyers, judges and prosecutors throughout the state know that he is a force to be reckoned with in the courtroom. As a defense attorney doing everything in his power to protect clients from jail time, harsh charges, and a permanent sex offender record, our firm has obtained many favorable verdicts resulting in reduced, and even dropped charges.

Mr. Young is admitted to practice in all District and Circuit and Federal Courts in the State of Georgia. Mr. Young typically practices in the Georgia counties of Richmond, Chatham, Bryan, Bulloch, Burke, Candler, Columbia, Effingham, Emanuel, Evans, Jefferson, Jenkins, Liberty, Long, Screven and Wayne with offices in Augusta and Savannah.

Thank you for contacting us. We will get back to you shortly.

Please complete all required fields below.

Mr. Young's success in obtaining non-DUI dispositions in his DUI/DWI cases has earned him the respect of his peers and clients alike. He has earned a LegalMatch Five-Star rating and a coveted 10 Avvo Rating. His high ratings reflect his ability to help his clients.